Brief Summary of my work & Activism as i seek something interesting & Challenging to bring me out of retirement  in any of these sectors ; 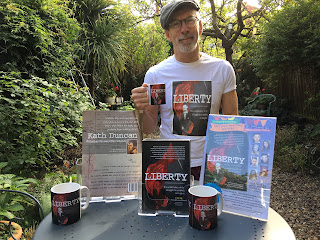 Is my CV what you are looking 4?

I believe that I have a wide range of skills, talents, and experience that especially suit me to this extremely important public role.

All of my adult life I have been involved in campaigning for civil-rights and social justice as a businessman, a politician, and an activist, and I would like briefly to tell you something about what I have done in these three areas.

As a homeless gay man, I established the first social-enterprise estate agency to enable gay people to find decent and safe housing at a time when, during the peak of the AIDS tragedy, gay men especially were facing terrifying social isolation and being abandoned by their own friends and family. My efforts and successes in this area have been recognised in a variety of ways over the decades. I have won the Pink Paper award for the best UK LGBTQ business and the London Chamber of Commerce award for the Best Business for Innovation, and I have been a finalist for the award for London Business Person of the Year.

I have also been a director of The Residential Landlords’ Association, in which capacity I have advised the government, the GLA, and The Labour Party on housing issues and policies, and, when still a very young person, I set up and ran some of the biggest and most successful gay night clubs of the early 1980s. It was also at this time that I was the manager of Julia Grant, whose transition from George to Julia was the subject of a ground-breaking series of BBC documentaries (‘George: The Big Decision,’ ‘Julia: The First Year,’ and ‘Julia: My Body, My Choice’), the airing of which on primetime television was certainly one of the most significant turning points for trans people in Britain but also exposed Julia to an intense and often very negative reaction that first brought fully into the open the issues that still prove so controversial today. In any event, I feel that this wide-ranging experience as a socially and politically engaged business person will be a particularly useful resource as  the CEO of any Charity. LGBTQ . Civil Rights . Housing .

The concern for private and public spaces in which everyone, including gay people and other marginalised people, can be safe and flourish that has informed so much of my activity as a business person has also been central to my political activity. I was one of the first fully out candidates for the Liberal Democrats to be elected as a local councillor on Lambeth Council. The high profile generated by my campaigning on LGBTQ and minority issues brought me to the attention of the far-right terror group Combat 18 which eventually won me the unenviable distinction of being the first out LGBTQ politician in Britain to be shot in public office. Several years later, as Vice Chair of the Conservative party, I worked under John Major and David Cameron on establishing new policies and procedures that led to people from the LGBTQ community and from other marginalised and underrepresented groups being selected as parliamentary candidates and which did much to lay the groundwork for civil partnerships and gay marriage.

In 2016 I sold my estate agency to concentrate more on my social and civil-rights work and activism, for the most part in the Borough of Lewisham. I set up and ran the UK’s largest independent food bank that pioneered the mode of operation that the majority of food banks in Britain now use. Also in 2016, after the London Bridge terror attack, I set up the #ChrissySentUs project, which gives support to street outreach projects for the homeless in honour of the memory of Christine Archibald, a young Canadian woman who was one of the victims in the attack and who had dedicated her short life to supporting homeless people in Calgary.

In 2017, after the closure of the borough’s last law centre, I organised a highly successful legal advice centre to provide guidance and assistance to people experiencing difficulties with issues such as housing, changes to their benefits, and immigration status. I worked closely with a group of young postgraduate law students, and I myself took on and won several cases as a peoples advocate and managed to prevent several unjust evictions and deportations.

In the same year, using the resources of the We Care food bank, I was instrumental in founding SELCE, the South East London Community Energy project, a green energy company that uses the roofs of local churches, schools, and community centres to generate energy, the profit from which is used to fund projects that address poverty issues in South East London. The company has been a great success and we succeeded in raising hundreds of thousands of pounds through two share offers.

Essential to the success of all of these projects was my ability to create a good, well-functioning team, to keep a tight control on budgets, and to work respectfully and effectively with people from a great variety of social, economic, cultural and faith backgrounds.

In 2016 I also founded the Deptford Heritage Festival to draw attention to local histories that had been ignored and were facing oblivion in the face of encroaching development and gentrification. As a result of this first festival, I was presented with a medal by the Russian government for my ability to look beyond politics and use history and heritage to forge links between Russia and Deptford.

Since selling my business, I have also been able to dedicate more time to writing and journalism. My experiences with the food bank led me to write the book ‘Food Bank Britain,’ and I have written numerous articles for ‘The London Economic’. I have also made regular appearances on Talk Radio Europe, LBC, and RT news to discuss pressing matters of economic and social justice.

I was able to make full and effective use of the profile this media activity had given me in 2017, when my friend Hisham Al Omiesy was abducted by the Houthis in Yemen. Using the power of digital social media, I was able to establish and mobilise a global network of activists to lobby the governments of the USA, Iran, Yemen, and Saudi Arabia, and other powerful interested parties. This pressure eventually led to my being able to liaise with Al Houthi directly, and so successfully that Hisham, against all the odds, was released and we were able to secure his safe passage out of Yemen. In some respects, my campaign for Hisham was one of the most dangerous pieces of activism I have ever engaged in, but securing his release is without doubt one of the greatest achievements of my life.

In 2019 my first play ‘Liberty’ was staged as part LGBT history month, with funding from the Harvey Milk Institute. This play sought to tell for the first time the true story of how the fight for full civil rights for all, including LGBTQ people, was fought and won in 1930s Britain. It attracted a wide variety of audiences and was received very well by the critics, who unanimously gave it 4-star reviews.

My latest book, ‘The Last Queen Of Scotland,’ is the biography of Kath Duncan, a little known but in many ways one of the most important LGBTQ and civil rights activists of the past 100 years. It was finally published this March, after five hard years of research, to very positive and enthusiastic reviews, which is very gratifying. When I first heard of Kath Duncan and what she had achieved, I was shocked that she had almost been completely forgotten and decided that I had to do something about it. Our LGBTQ history and heritage can far too easily be pushed to the margins and then slip into oblivion and it is part of our responsibility to the past and the future to do all we can to prevent this from happening.

I hope the skills that I have developed and the experience that I have accumulated from the various positions I have held and the various projects I have led and been involved with in the course of an eventful and rich life qualify me in your eyes as an appropriate candidate for this role in 2019, and I would relish the opportunity of being able to continue effecting positive change in our society as the chief executive officer or other in any sector that reflects my passion .

Posted by Ray Barron Woolford at 07:28