The rise of the Foodbank: 6,500 EastLondonLines residents forced to visit foodbanks in last eight months 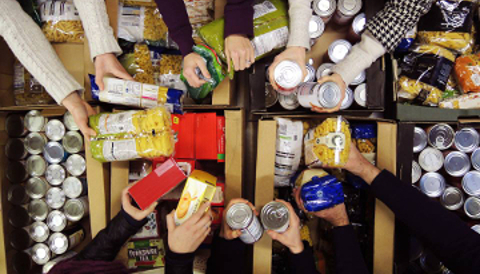 Foodbank donations Pic Source: Trussell Trust
The social impact of the welfare reforms has been wide reaching, with often the most vulnerable being hardest hit.
Today we look at the rise of the foodbank, and how a growing number of ELL’s residents are turning to them as a means of subsistence, as they attempt to deal with the increasingly difficult financial situations they face.
In 2009, you would not be able to find a Trussell Trust foodbank anywhere across the four Eastlondonlines boroughs.
The charity at that time had 56 foodbanks nationally – only five were set-up in London.
Now just five years on, there are over 275 Trussell Trust networks across the UK with 40 in London alone.
Croydon opened its first Trussell Trust foodbank in 2013 and became the final ELL borough to have its own food aid network.
The need for a Trussell Trust foodbank in Croydon highlights a growing trend across ELL’s boroughs, which has seen the number of people reliant on foodbanks reach unprecedented levels.
In the last eight months of 2013, 6,500 people visited foodbanks in Tower Hamlets, Hackney and Lewisham, almost double the number of people that visited in the period between April 2012 and April 2013. 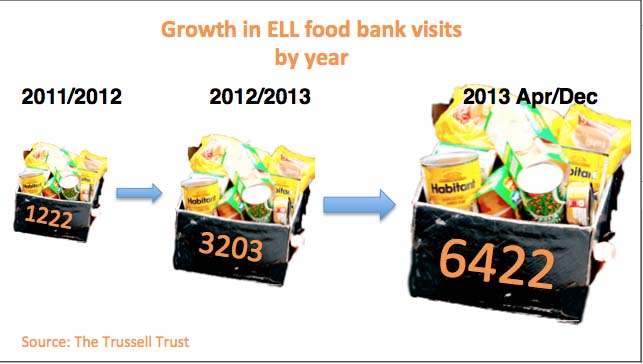 Amy Kimbangi, the project co-ordinator of Tower Hamlets Trussell Trust Food Bank says, “We have seen usage increases year on year. Since the welfare reform measures came into place, people from all walks of life have come in for benefit related reasons.”
“What’s more, we have especially seen lots of people affected by sanctions and the work capability assessments,” she explains.
Tower Hamlets was the first Trussell Trust foodbank to set up a network in the ELL area and has seen its number of visitors consistently grow. Between April 2012 and April 2013, they had served 1700 visitors; in the eight months that followed they had already beaten that mark.
Yet, its growth has been relatively modest when compared to Hackney and Lewisham.
In Hackney the number of visitors jumped from 800 between April 2012 and April 2013 to nearly 2000 for the remainder of the year. Lewisham saw an even greater rise, with their numbers growing from 600 for April 2012 to April 2013 to a staggering 2600 between April and December last year.

However, it is not just The Trussell Trust that is attempting to help those most in need of food aid. There has also been a rise in independent foodbanks across the country.
The ‘We Care Lewisham Food Bank’ in New Cross is the largest independent food bank in the UK. When it opened a year and a half ago, there were only 28 users but now it has over 1000 clients.
Anika Tobin who uses a number of foodbanks in Lewisham says: “Although this is one of my first times at the food bank, I doubt it’ll be my last. Since losing all of my cleaning jobs, I am reliant on weekly benefit payments which is not enough to feed three children with.”
Ray Woolford, the manager of Lewisham Food Bank, said: “We’ve had to extend our opening hours to seven days a week to deal with the fast growing problem of food poverty. We now serve between 30 and 50 households everyday.”
“Everyday we see people who have been directly affected by welfare reform, those who have been hit by cuts to housing benefit, sanctions, growing rents and workfare. We help a lot of pensioners and young people who are affected by the cost of living crisis.”
Trussell Trust, the largest food bank provider in the UK, works very differently to independent food banks. In all Trussell food banks, recipients must be formally referred and are only entitled to three vouchers in a six-month period. Each of these vouchers provides access to a food parcel that contains enough food to last a minimum of three days. 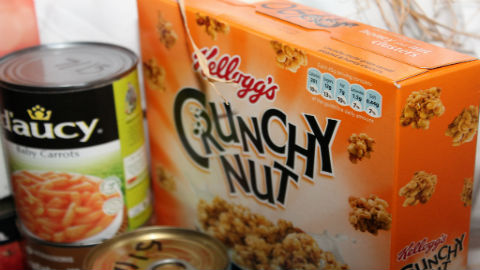 There are over 200 different agencies that can refer people to a Trussell Trust foodbank Credit: Bromford Flickr
Visitors can be referred from any number of agencies, including Job Centres, Citizens Advice Bureaus, Social Services and Housing Associations. In Tower Hamlets alone, there are 200 agencies that can refer visitors.
Amy Kimbangi who runs Tower Hamlets Trussell Trust Food Bank says the Trussell Trust choose to limit food vouchers because they do not want visitors to become reliant on food aid.
“While we want to help those in crisis situations, we keep food aid short so people don’t become too dependent on our support,” Amy explains.
However, Ray Woolford who runs the independent Food Bank in Lewisham takes a very different approach to the issue. “There is no limit or voucher system here because we don’t believe people should be subject to the bureaucratic stigma of being referred by a voucher. Our food bank is open for people as and when they need support.”
Tig, a local Lewisham man who volunteers at the New Cross food bank says, “I enjoy giving back to my local community and its good to keep myself busy because I’m signing on at the moment due to a bad back. Everyday we see increasing numbers of visitors, people bringing friends of friends of friends.” 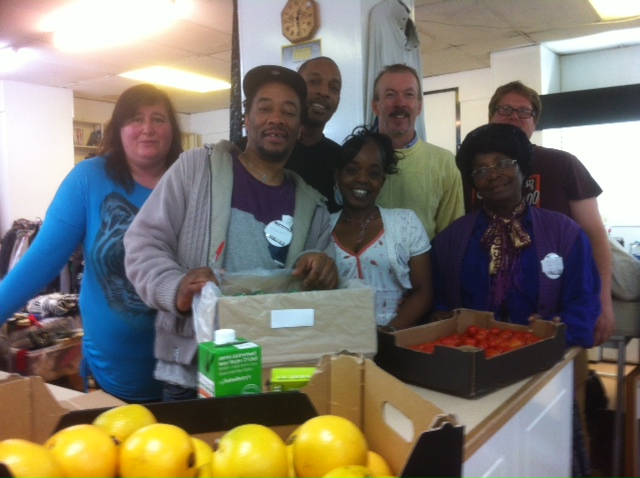 Lewisham Foodbank. Pic Source: Ray Woolford
Both Food Banks have seen the numbers of visitors rise dramatically in the last two years and both managers attribute this change to welfare reform.
Oxfam, one of the Trussell Trust’s largest donors, contributed £35,000 to them last year.
The Head of the Oxfam UK Poverty Programme, Rachel Orr, says, “The fact that over 500,000 people are now turning to food banks here in the seventh richest country is a scandal. People are being forced to turn to food banks for a number of reasons including low wages, falling incomes, underemployment, welfare changes and benefit sanctions.”
Rather than the State picking up the pieces of its welfare reform, the burden is instead falling on the voluntary sector but Orr argues, “Food banks must not become part of our welfare state as having enough food on the table is a basic human right.”
As citizens become increasingly reliant on vouchers rather than money, food banks can be seen as part of a wider move towards a cashless model of welfare that mirrors the US.
DATA VISUALISATIONS: The data discussed in this article only refers to Trussell Trust food banks. They are the largest food bank provider in the UK and run 300 regular services.

By Maya Oppenheim and Jack Simpson

Posted by Ray Barron Woolford at 04:01