http://www.thelondoneconomic.com/tle-pick/jeremy-corbyn-one-bogey-man-need/19/05/
Posted by Ray Barron Woolford at 05:24 No comments:

Labour Party General Election 2017 Why should you vote?

By Ray Barron Woolford
Four years ago, I saw four young men going through the bins on the estate by my office, looking for food. I was staggered to discover that they all had jobs, but had only just started work and had to wait 5 weeks for their first pay cheques. After being on benefits for some time, these young men had got off their backsides and secured work, yet the state was refusing to help out in the period between the stoppage of benefits and the first pay packet.
Four years on, I found myself running the UK’s largest Independent food bank, feeding thousands, just two miles from the City of London. I saw increasing numbers of  students with loans that had not arrived; workers whose high rent increases pushed them into poverty ; staggering numbers of people on zero hour contracts and some  people working three jobs which were so badly paid they needed the food bank. In addition, there were pensioners who had worked every hour God sends from the age of 14 and yet, in old age, found themselves queuing at a food bank, too ashamed and proud to tell members of their own family that the Food Bank and poverty was something they never knew that they would have to endure.
Fake news is regularly out-trending real news and most of our mainstream press is owned by highly biased billionaires with corporate interests. Here's how to support the free media
Latest from http://www.thelondoneconomic.com/
In Tory Britain, the rise of the food bank and debt is the fastest growing sector for business opportunities, even offering options for people to buy, for £1,500, their own food bank franchise. The Government no longer sees this a badge of shame or failure – it refers to it as the Third Sector. 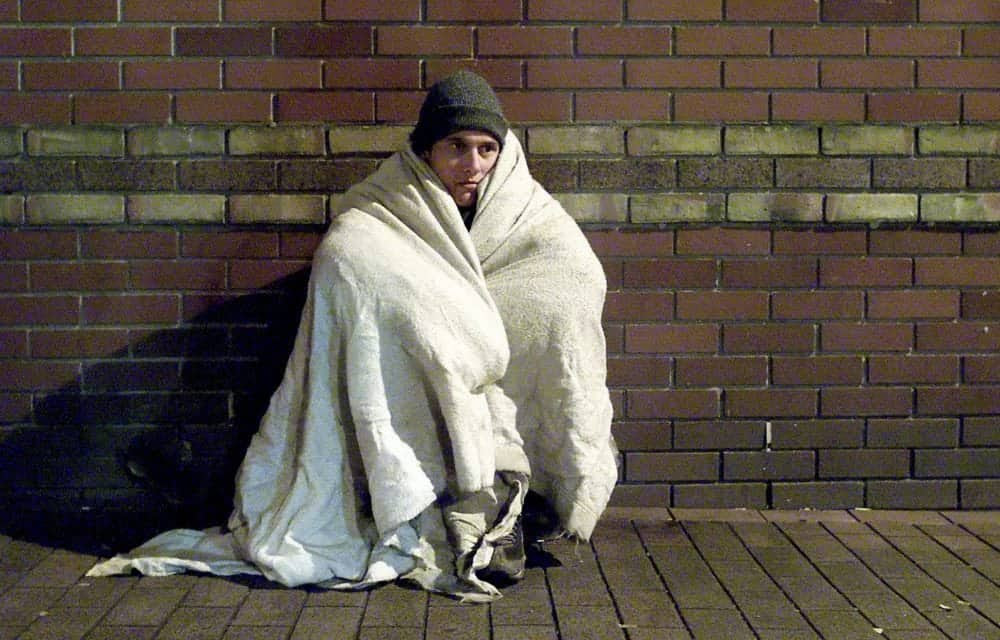 The scale of the ignorance and bigotry around Food Bank users led me to write my best-selling book Food Bank Britain and yet many food bank users do not vote and many are not even registered to vote. After years and (even in the case of some Labour-held Councils) decades, of both main political parties failing to address the rise of inequality, low pay and poverty, many feel as if the Councils have failed them and think that the Government will do likewise. “They are all the same” is the mantra… and for years I would have agreed, but this was before Brexit and before Jeremy Corbyn, who being new to the job, has been unable to insure a new generation of politicians are elected who share his values and his policy agenda.
In short, Jeremy Corbyn is like no one in our life time before. He may have a poor media profile, but this is not reflected on the streets, in the huge numbers who attend his appearances, or by the 70 per cent of public polled who continue to like Labour policies. Yet far too many, as many as 49 per cent of you, say you are still undecided and may not vote.
No one using my food bank ever thought they would need it. The 300 disabled people a week fighting the Government in the courts to protect their disability payments never foresaw this predicament. 300 is the maximum number of people the Courts can process in a week. Hospitals never expected to be setting up their own food banks to feed their own staff ,such as nurses ,and no- one, including me, expected the boss of the Hampshire Police Federation to state that police officers are being given food bank vouchers. But should we be surprised? 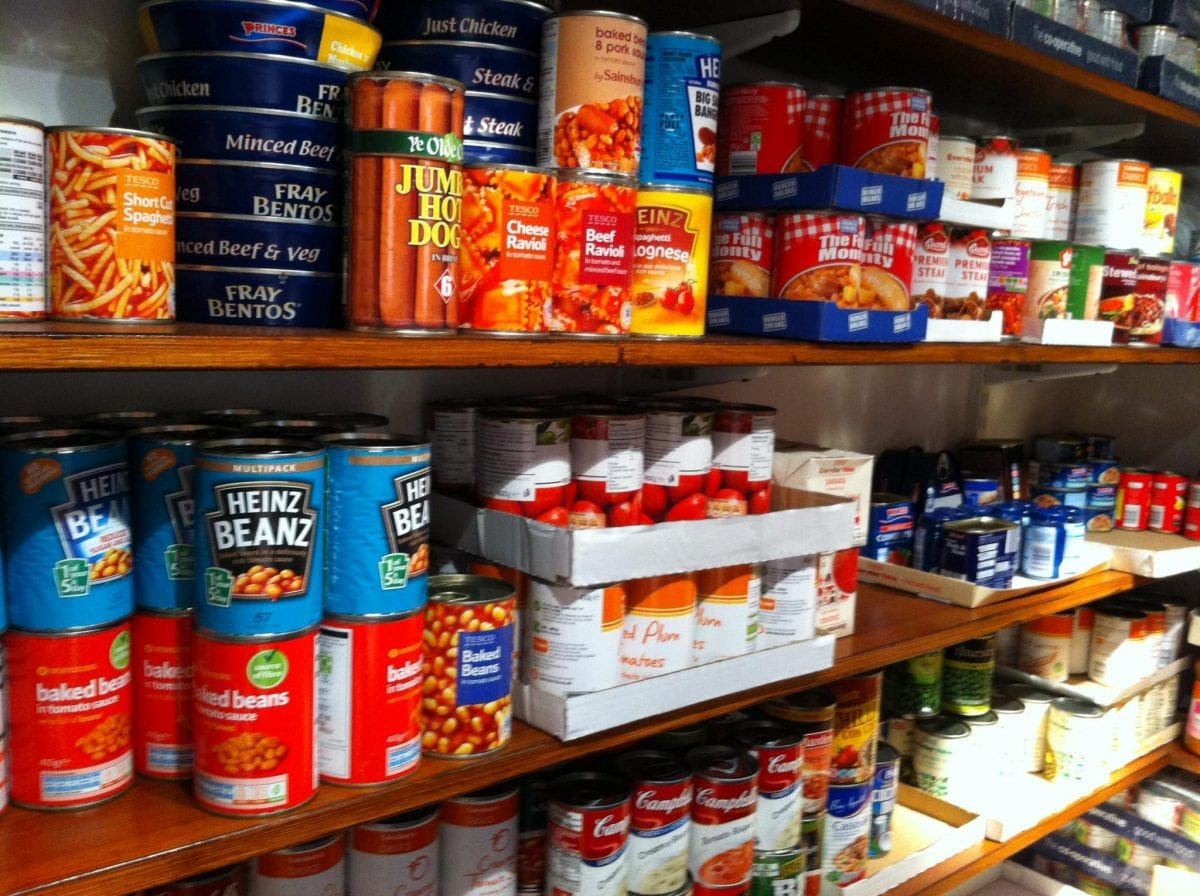 Elections, they say, are lost by Governments and won by opposition. The UK food banks fed over three million households in 2016. Two million people had all their benefits stopped due to sanctions. Seven million people with disability wake up each day, wondering if this will be the day they get the letter confirming their disability benefits will be taken away, whilst three million EU workers in the UK and two million Brits living in the EU greet each day in a state of uncertainty, due to the Brexit vote; a vote this Government called without any need to face deportation.
Our NHS, schools, Social Care, prisons, housing and homeless are in crisis or chaos, depending on which headline you read. The Government has failed on every target it has set and I have yet to meet a single person who can name a public service under this Government NOT in crisis, whilst debt runs on an unprecedented scale.
The National Health Action party is standing against Conservative MP Jeremy Hunt on a platform to save the NHS. In Hastings, Mr Ethical, a whistleblower who spent ten years exposing bank fraud and securing a £4 million pay-back for customers, is standing on an anti banking-fraud agenda. In Brighton, many political parties are standing aside to support Westminster’s only Green MP, Caroline Lucas, in her bid to retain her seat, Whilst in Lewisham, a 70 year-old pensioner is  standing, with the backing of Millwall Football supporters,on an anti -corruption, anti-gentrification ticket, which if she loses would see her evicted from her home by a Labour Council . So, you see, being undecided or not voting this Election is not really an option.

Jeremy Corbyn, and his supporters in more localised areas, are standing on issues that could directly affect you: access to health care, housing, education, security in work for you and your kids and an end to sanctions and cuts to the  provision for the disabled; issues that ,in a blink of an eye, could claim you as their victims. I have never voted Labour at a General election, feeling, like many, the Party of the past was little different from the Tories. But, for the first time in my life, I will cast my vote for Labour, as the Party, not just Jeremy Corbyn alone, offers policies that will tackle inequality; replace hope where the Tories have created fear; and deliver a society  which will take us back in time to a period when we all took pride in looking after each other, being good neighbours and  decent human beings.
I hope I have encouraged you to be clear and to VOTE. I hope you will help me to close the food banks in the UK, because the cause will be no longer an issue. Never before, and probably never again, will you have the option to vote for a party that truly, under Jeremy Corbyn, will deliver for the 99 per cent and not the few. Am I bothered you may not vote..? You bet!
Posted by Ray Barron Woolford at 12:13 No comments:

http://www.thelondoneconomic.com/tle-pick/zookeepers-wife-lion-bear-halted-war-mosul/02/05/
Posted by Ray Barron Woolford at 04:46 No comments: