Deptford .What became of the Deptford 500 who left with Peter the Great 2 build the first Russian Navy? latest update 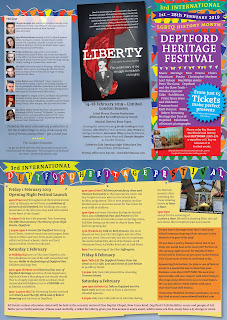 Some of you may be aware for the past 3 years since the first Deptford Heritage Festival i have been working with the Russian Government to discover what became of the 500 skilled ship builders and craftsmen that left #Deptford #Lewisham in the 1700 with Peter the Great to build the first Russian Navy, as This weekend was Russian Navy day i was able to put further pressure on the Russian Government to give us something after all these years a...
See more

Posted by Ray Barron Woolford at 03:51