One of the first #LGBTQ direct action activists was Percy Duke whose love for a fine pair of heels and the latest frock despite the law, was hugely influenced by his house mate , Kath Duncan who encouraged people not just to live their lives as they chose and NOT hide behind closed door, but challenge every police man and every Judge that would arrest and charge #LGBTQ just for looking as they did in 1930s Britain .
Percy Duke arrested and charged whilst living at Kath Duncans house in New Cross Deptford turned his arrest into a political statement despite the huge personal cost to himself, by speaking out against the injustice and FOR all #LGBTQ civil rights, he was give not a few days jail, but 12 months jail with hard labour. Percy Dukes story is one of the amazing Civil Rights activism stories bought to life on the London stage with the first ever staging of the true events of these brave people lead by Kath Duncan who fought, campaigned and established the #LGBTQ and #CivilRights movement in 1930s Britain , it seems shocking that in Britain 2019 so few people are aware of how the UK LGBTQ and Civil rights movement was established and the names of its leaders who paid a terrible personal cost to fight OUR battle, whilst Kath Duncans 2 Jail terms lead to establishment and first court case of National Council Civil Liberties .
Red Blouse Theatre who are staging this long overdue but stunning new stage play #Liberty as part of the Global #LGBT History Month and as an International Deptford Heritage Festival Highlight have signed Drag Idol Star Claudia F ( Giorgio Borghes ) to tell this story and whilst this is a period drama Claudia F, will be in the present and highlight the reality of fact every week in #USA alone a #Trans person is killed just because of who they are, whilst still in 72 Countries it is still against the law to be #LGBTQ and with so many other countries banning protestors calling 4 basic Civil Rights, this Play will be a political statement and show of solidarity with activists who fight today .. live streamed to every country they can reach that denies people there Civil Rights with Opening night Valentines Day 14 February 2019 being a tribute to Civil Rights activists around the World with many flying in to support this extraordinary stage production on track to be the most talked about stage play of 2019, and with Tickets £15 the perfect Christmas gift .If you only ever go to Theatre once, make it this show .Directed by leading highly respected Scottish Director Karen Douglas , The battle and fight scenes directed by multi award winning global film and stage fight director Ronin Traynor with the stunning musical talent of Rona Topaz , although this is NOT a musical it does have some powerful new songs especially written for this production including the new Gay Love song #ForbiddenLove , with a cast lead by leading British actor Emily Carding , just back from rave reviews in New York playing Kath Duncan and Brazilian Star Ana Ulsig playing Kath Duncans husband Sandy Duncan and celebrity big brother winner and Holly Oaks Star Alex Reid playing the Leader of Infergordon Mutiny ,Fred Coleman in one of the most creative & exciting gender fluid casts to perform on the London Stage ,this production is a must . Delivers a great stage production, whilst telling a true story we should all be aware in a World that still sees people dying for their Civil Rights i n 2018 , We hear much about the 1930s, this play brings you the reality alive in 2019
Press Interviews text 07871187162 or email raymondwoolford@aol.com website www.KathDuncan.com Twitter @BlouseRed ( Red Blouse Theatre )
Link to Buy tickets .https://www.ticketsource.co.uk/deptford-heritage-festival 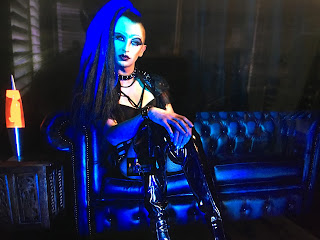