WOW! what a fantastic day, whilst we should always expect more, Saturday with 250.000 marching was a great start. I met up with Lewisham People Before Profit at Lewisham station , which was packed with Lewisham people heading for the demo, it is always so great when PB4P organise events to see so many new faces and groups come together, pack a carrage and head into the city as one Community.
although some of our party had to man a stall at Hilly Fields festival , we still had what seemed every activist known joining with us. 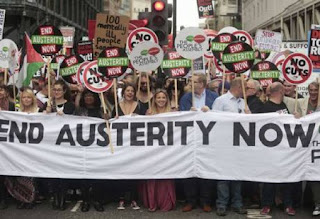 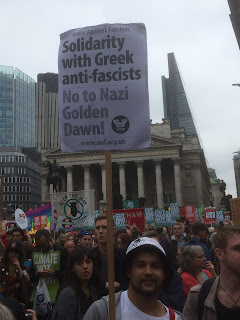 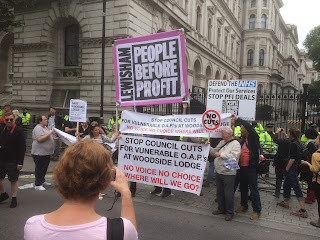 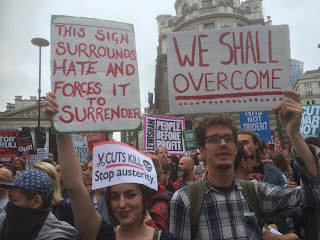 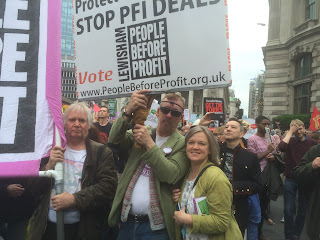 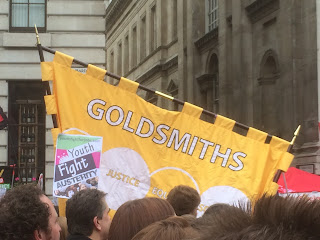 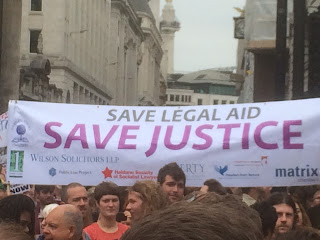 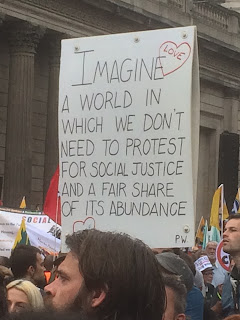 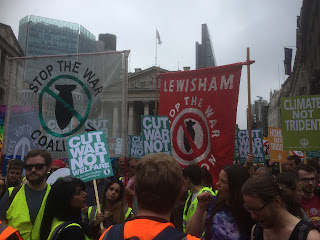 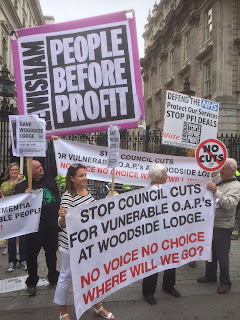 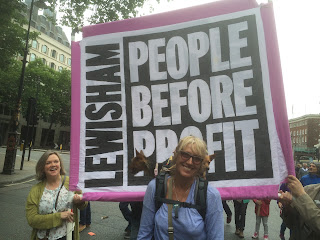 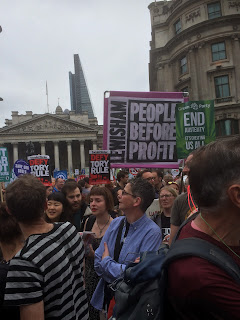 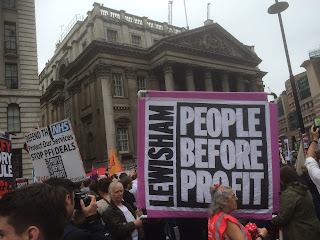 My twitter account had a staggering 727.000 reach over the march, my highest this year whilst People Before Profit had also set up stall outside IDS court so had a static protest with The strawberry theives choir, as well as 2 big banners on the main march, with so many people fed up with Labour in Lewisham, People Before profit is growing in huge numbers with people joining from across the globe and the UK.
Posted by Ray Barron Woolford at 05:31