John Hamilton the Lewisham People Before Profit Candidate for Lewisham Mayor, had his case in Bromley court today adjourned until 8 May.
A large crowed gather this morning to show support for John with every one pledging tom come back in larger numbers for 8th of May.
How can it be just that a community activist highlighting the scandle of Beeson street New Cross were Labour knocked down hundreds of decent council homes at a time of real housing need and has left the site to rot ever since.
People Before Profit built a Green Eco house on the site in days only to be knocked down upion the instructions of Labour Lewisham, locally clearly in the pocket of the Developer.
In May you can put a stop to this by evicting with your votes the Establishment from running our Council and vote in and elect People Befopre Profit councillors who will freeze rents. bring in rent control and start building Council, Co Op and self build homes.
www.peoplebeforeprofit.org.uk
follopw ray on twitter@Raywoolford 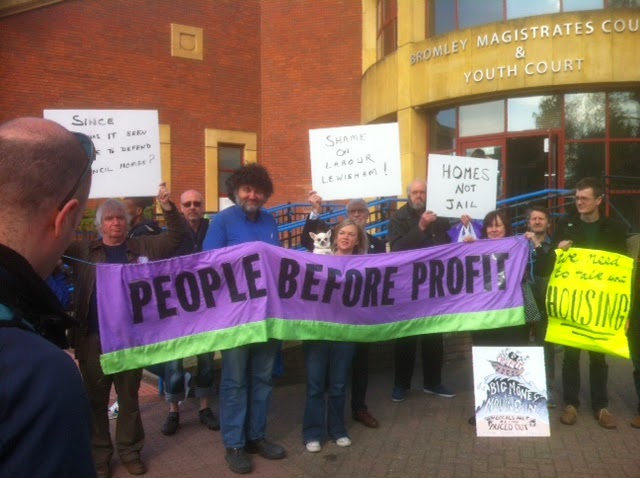 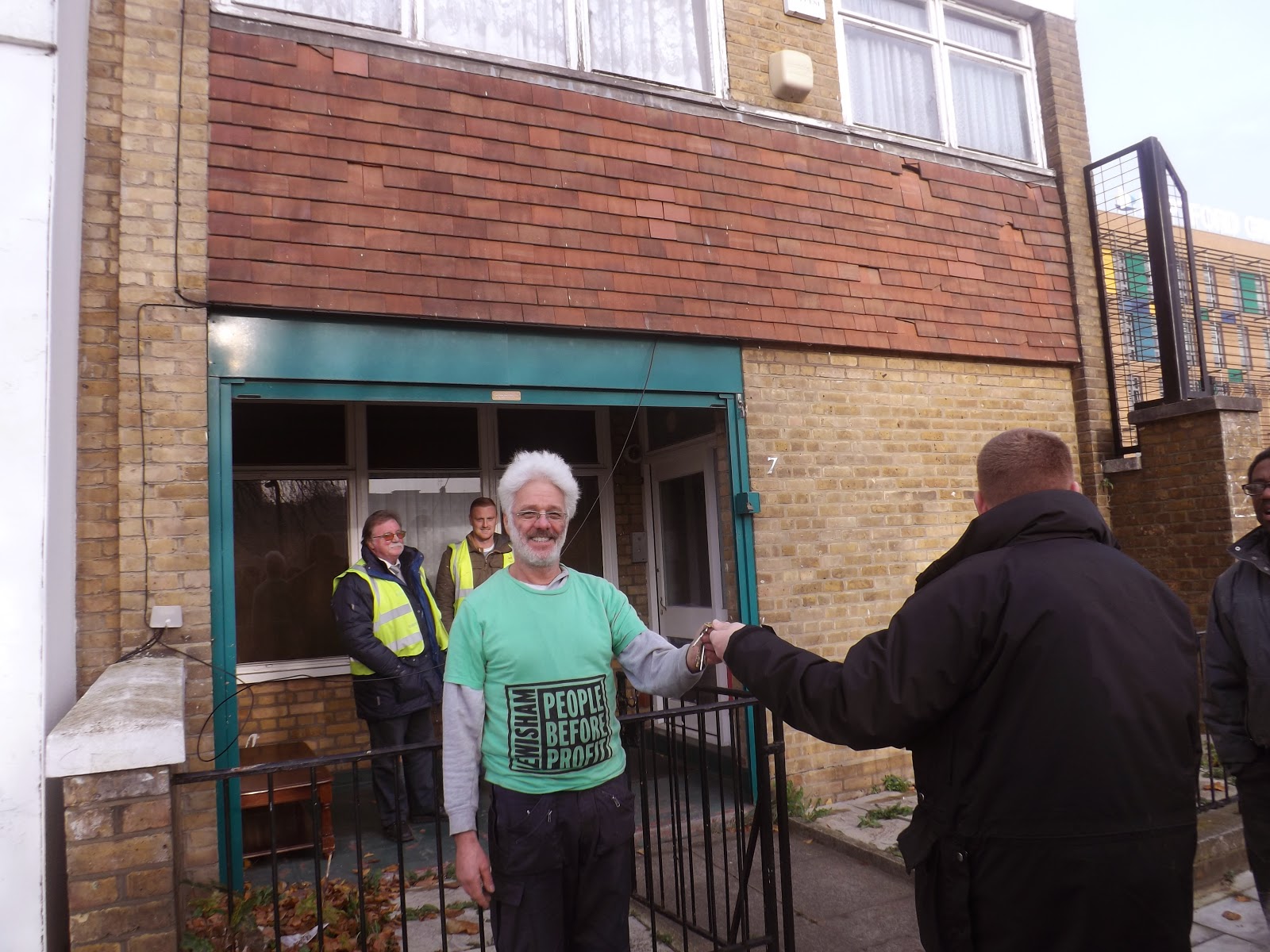 Posted by Ray Barron Woolford at 04:58